The Feast of Tu b'Av

The Feasts of Israel

“least likely to know" is one that Rabbinical tradition puts in the “top two" of importance for Israel, only surpassed by Yom Kippur. Some Rabbinical traditions even put this festival as more important than Yom Kippur!
The feast is clearly not a Biblically ordained feast. But it does, like Purim and others, carry Biblical meaning and is connected with Biblical accounts, as we shall see.
The festival, in Hebrew called *Tu b'Av*“fourth of July," and known more by a date on the calendar than a name. The *15th** of Av* is the full moon of the Hebrew month Av (our July/August) and is the date of this little known but highly important holiday.

Is It In The Bible?

Do we find this holiday in the Bible? Would a maybe, maybe not answer suffice? In Leviticus 6:12-13 the Jews are given the instruction that the fire upon the altar shall be burning in it; it shall not be put out: and the priest shall burn wood on it every morning. From this we know that a continual supply of firewood was needed for the Tabernacle, and later the Temple. In Nehemiah 10:34, Nehemiah records that the leadership  it into the house of our God, after the houses of our fathers, at times appointed year by year, to burn upon the altar of the LORD our God, as it is written in the law.
But what does wood for the burning of the altar have to do with this holiday? By the the Maccabean era it was recorded in Jewish sources that the 15th day of Av was the day of bringing the wood offering for the priests. And the sources make this a day of celebration, with fasting and other matters of sorrow prohibited. The day of festivities became known as the Feast of Wood, or of wood carrying.
Josephus mentions the holiday, saying,
*Now the next day was the festival of Xylophory***; upon which the custom was for every one** to bring wood for the altar (that there might never be a want of fuel for that fire which was unquenchable and always burning).*
So the feast is not Biblically ordained, but woodburning on the altar is ordained, the bringing of the wood is Biblically mentioned (Neh. 10:34), and the 15th of Av is historically the day in which this took place, as a celebration.
One more possible reference to the holiday is John 5:1, which simply mentions a feast of the Jews in which Jesus went up to Jerusalem. By comparing chronology, this feast was likely either Purim or Tu b'Av.

What Are Some Of The Traditions Of This Holiday?

According to Chabad.org, several traditional events are connected to the holiday.
This is a joyous occasion, but how did it become connected with the celebration of the bringing of the wood? There is a simple, Jewish answer: tradition! But the tradition has merit! Orthodox Judaism considers Yom Kippur to be the day of Israel's betrothal to God, God and Israel entering covenant together. But if there is a betrothal, when is the wedding?

The Connection of Marriage, the Messiah, and the 15th of Av

To answer the question of the wedding date“fullness," a day of rising out of the darkness. It is not always joyful, but it is always a climax. For the Jewish people, no place is more important than Jerusalem and no building more important than the Temple. It was on the 9th day of Av that the first and second Temples were destroyed. But just a few days later, at the full moon, the Jewish people were accustomed to bringing the wood, destroying the axe, and celebrating their relationship with God. In rabbinical tradition, then, the 15th of Av moved from the celebration of firewood for the Temple to a celebration of the ultimate marriage that God will have with His people, Israel. Thus, the 15th of Av became the time to celebrate love, but especially God's love for Israel. It was a day to celebrate marriage“new beginning" in the life of any family.
This makes Tu b'Av to be in the top two feasts of the year. One (Yom Kippur) remembering the betrothal, and the other remembering the future wedding.
Naftali Silberberg expresses this idea beautifully, saying,
*The result of this estrangement will be the grandest wedding of all Moshiach which will usher in an era of eternal marital bliss.  Tisha b'Av, symbolizes our rebound; the reconciliation that follows the estrangement of Tisha b'Av.*
“the bride of Christ," using poor exegetical practice along with a penchant for replacement theology. If we would allow Israel her rightful role as the bride, we too might rejoice in Tu b'Av. 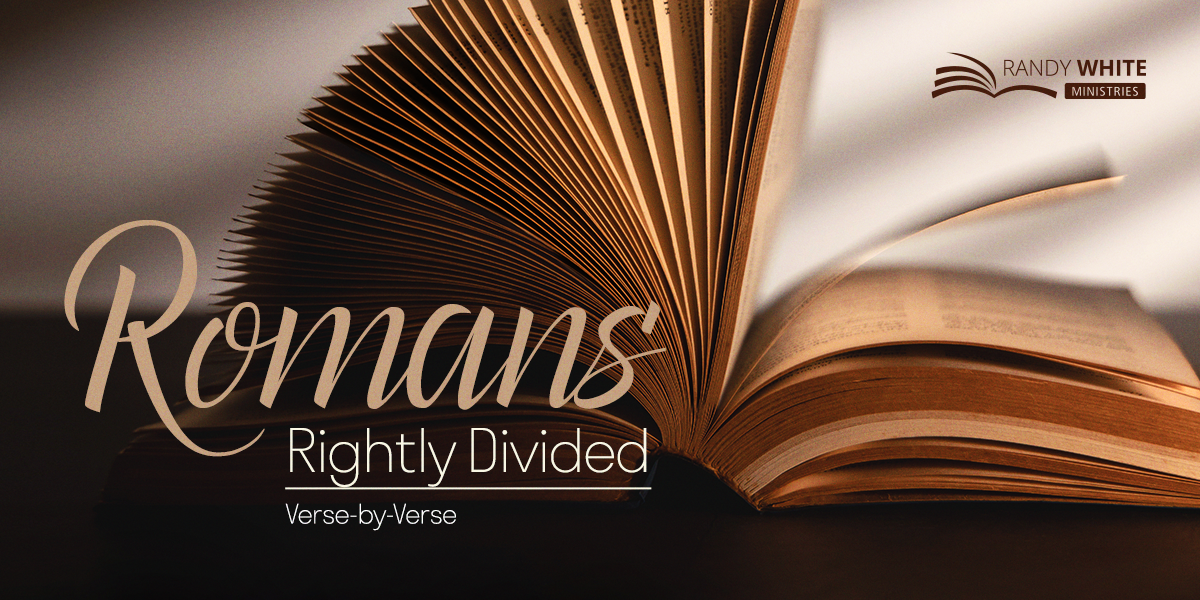 Paul teachers about God's work under the law, and specifically focuses on Judaism in Romans 2:12-3:2.

Pastor Mark addresses the important doctrine of conserving the original wisdom that God gave to man.